My favourite thing about my job is the people that I have had the joy to cross paths with.  Many of them are not just my co-workers but people that I genuinely enjoy spending time with outside of our office.  They also love food.  So, it was the perfect time to resurrect a dinner club that I once loved being a part of.  I got a few people together who enjoy trying new restaurants as much as I do and scheduled the first edition of Dinner Club at Rickshaw Bar.

I had heard about the opening of Rickshaw Bar and that it was taking over the spot where Lot St. used to be.  I was also super curious about the food knowing that the chef/owner came from such an impressive background having previously worked at Momofuku Noodle Bar and Origin.

The space itself is pretty standard for Toronto. About 40 seats, casual, dim lighting, industrial touches with exposed pipes that double as lighting fixtures.  We were seated near the back where there were bigger tables which I have to say felt a little awkward because it was like we were separated from the rest of the restaurant. 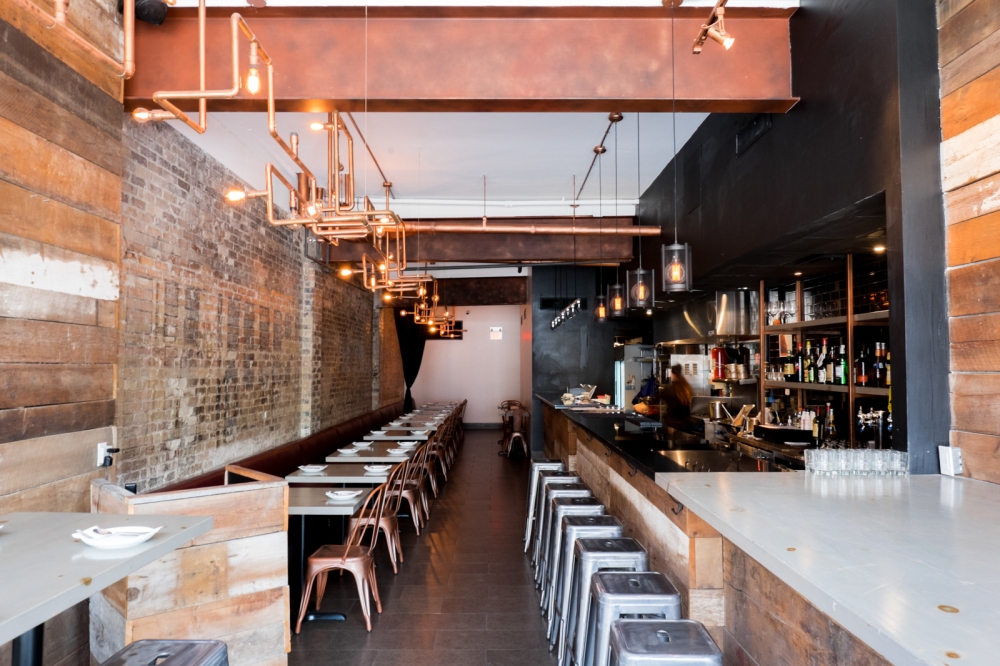 The menu is made up of small dishes/snacks that are inspired from the Asian countries that are near and dear to the owner’s heart.  India, Pakistan and Thailand are all represented with North American influences of course.  When we looked over the menu and realized we were about 10 people we decided to order the entire menu twice over which the server agreed was probably the best course of action.  It was quite the spread.  On the chopping block for the evening was:

I’m going to do something different and give an overall review of the food instead of going by each dish just because of the sheer volume that we ordered.  I feel like everything fell a little flat.  All of the dishes were presented beautifully as you will see by the photos but the taste and flavours didn’t really measure up.  I can’t really pin-point what was missing but its like we kept waiting for the next dish to arrive so that it could hopefully impress us.  For me the most disappointing was the Khao Shay which just paled in comparison to the one from the Khao San Road folks. 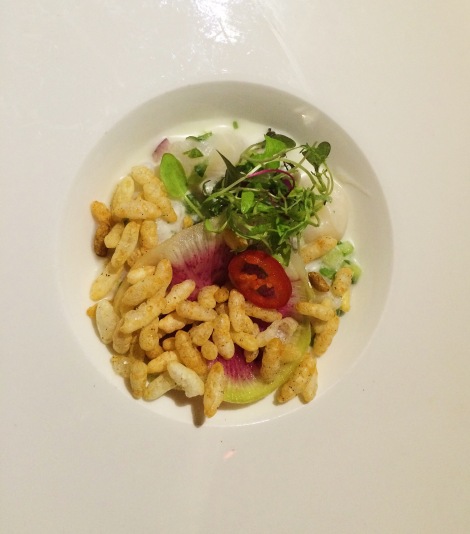 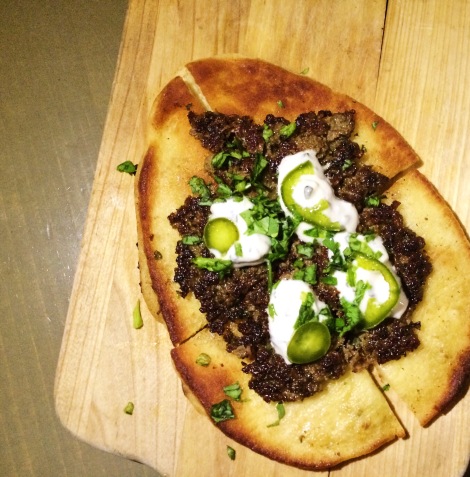 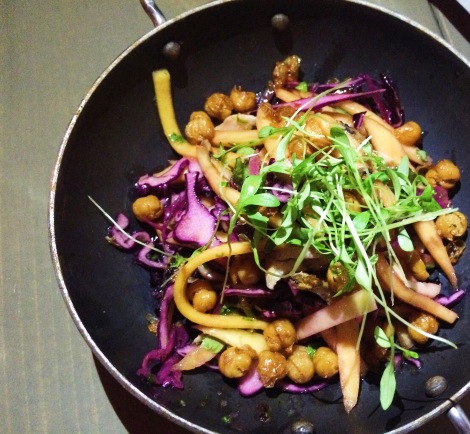 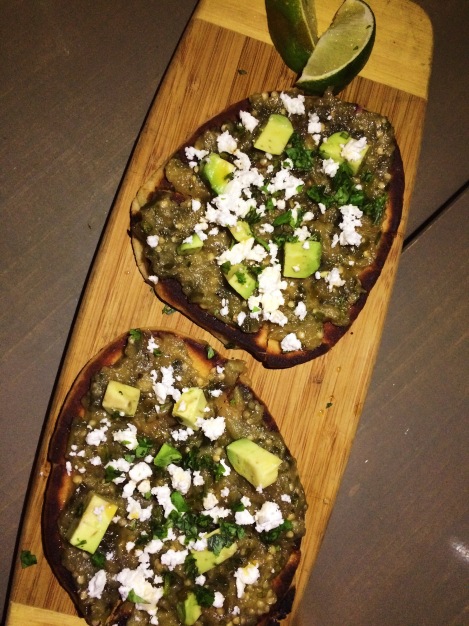 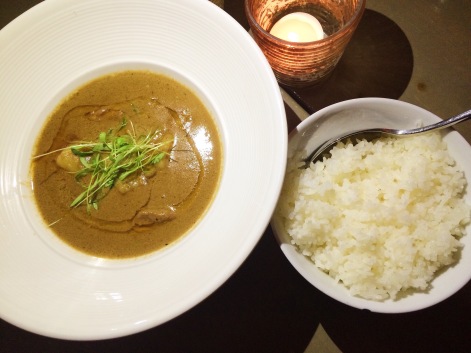 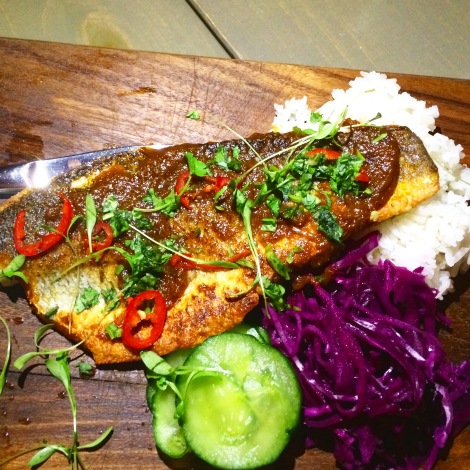 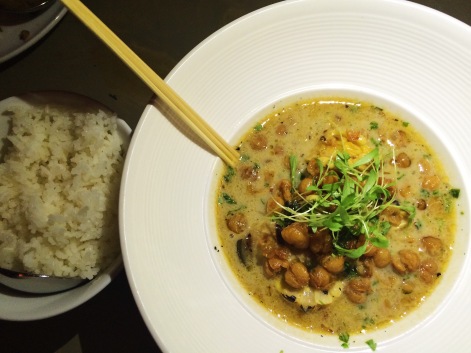 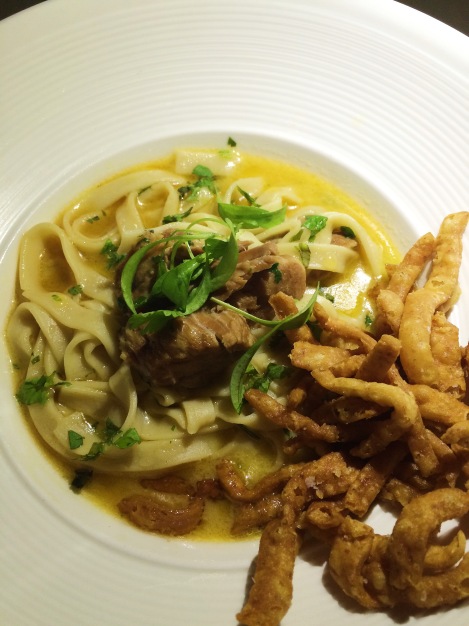 So you can see what I mean.  Really good LOOKING food but it just didn’t come through on much more.  I don’t know if the experience would have been different if we were a smaller group but I also don’t think that should impact quality. Funny enough, on this Wednesday evening the place was PACKED and with folks that were definitely much older than your typical Queen Street patron.

Until the next city adventure!